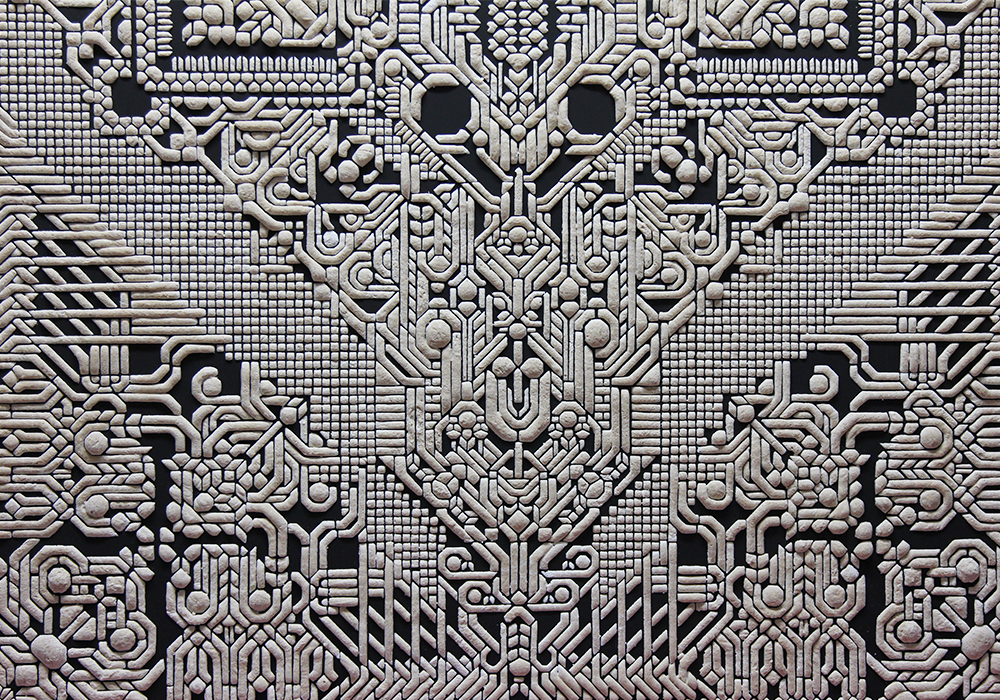 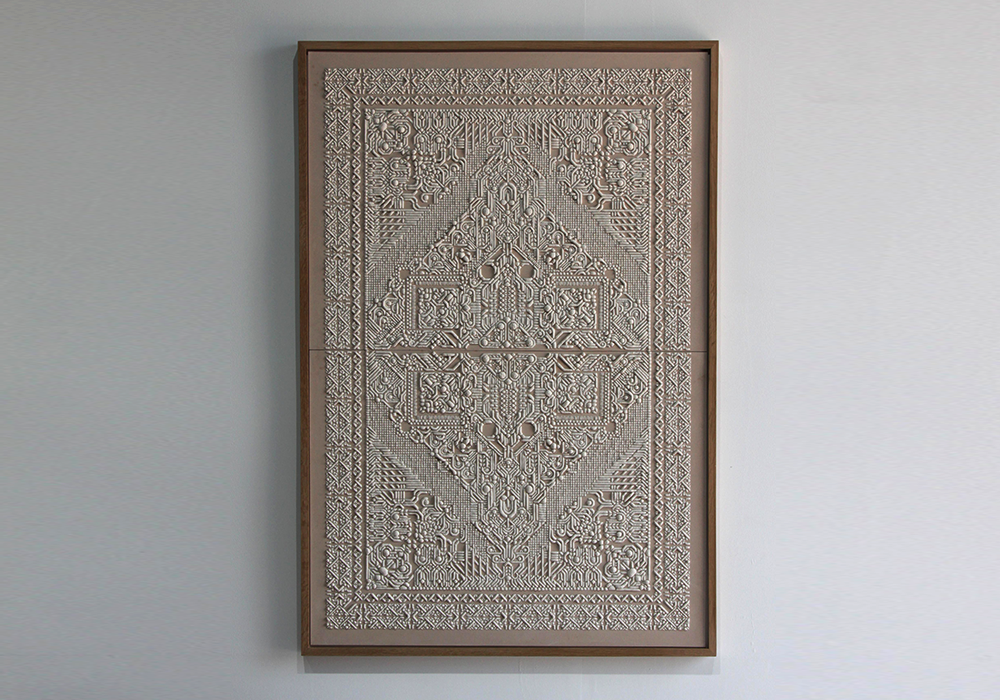 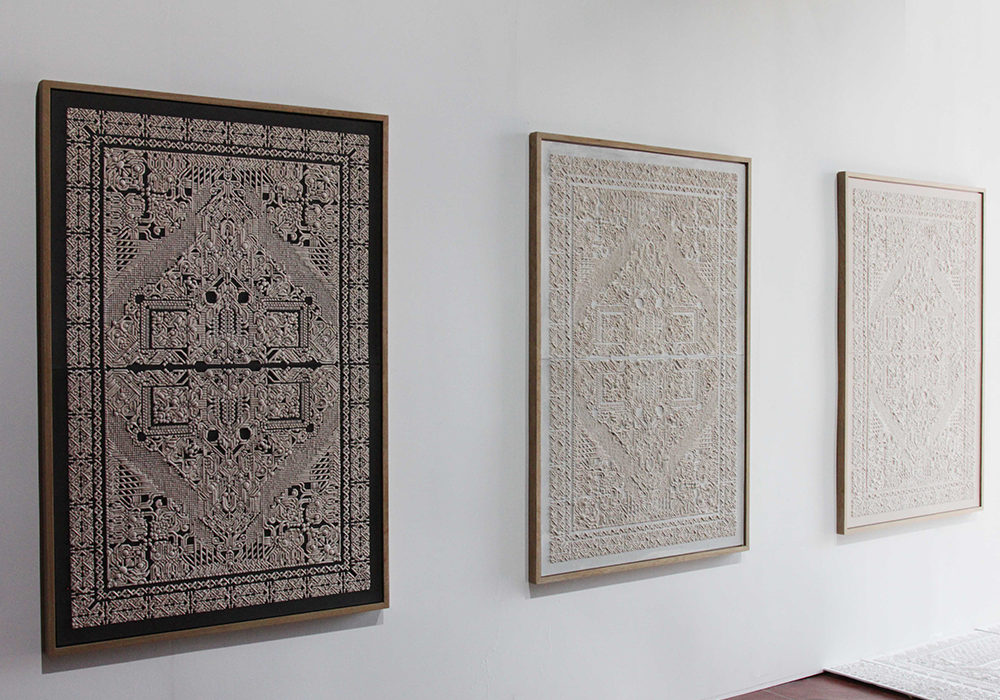 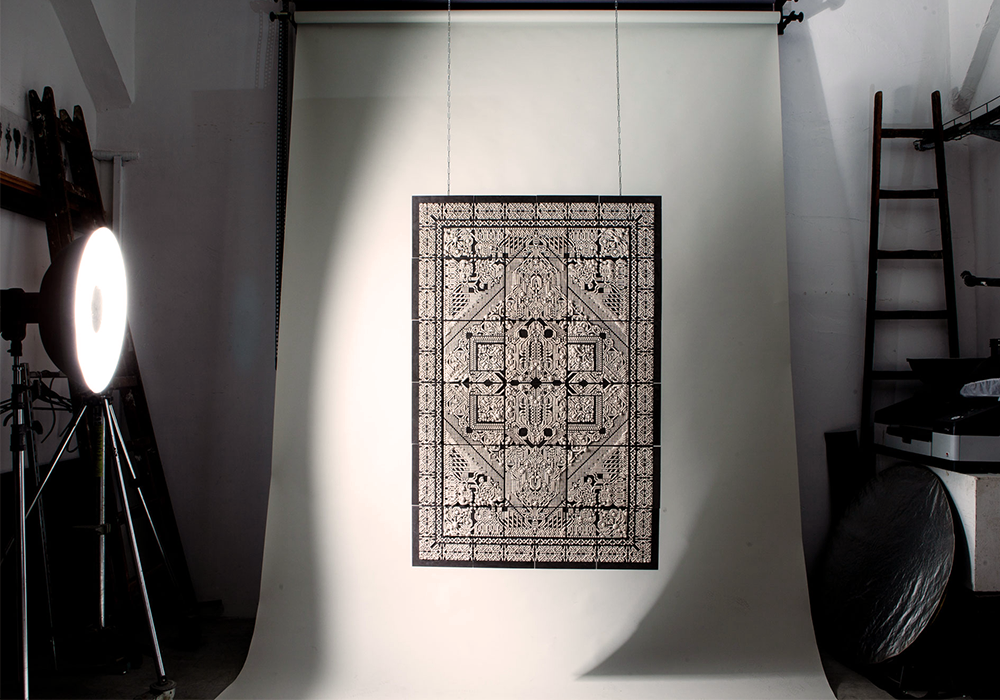 Decoration usually contains cultural information. This type of material and formal expression defines different groups and historical periods. Neo-Stucco is a series of images inspired by Persian rugs, which became fashionable in Europe beginning in the 17th century. The production of these images was inspired by an ancient, multicultural technique that was originally used to crate texture on the external and internal walls of architectural structures. Such textured walls are visible today as a concrete testimony to a local style that become prevalent over a century ago.